Founder of the Minor Tribers

"No, i worked with Grigori for a long time! Why would you want me to leave?! Let my daughter go back to the camp, and i’ll stay with Grigori. I'm more capable of handling myself since I first met him!" - Skinnet, refusing to leave the Outlands as he's been with his “mentor” for a while.

Skinnet, an local skunk from the Minor Tribes was one of it’s founders along with Dom de la Woosh and Furtivo. He is an canon character, melded with RP continuity and played by Thefirstdecade. He went out to the outlands during his early years as to find out about himself, and where he’d meet with his “freind for life”, Father Grigori. He’s now middle-aged (to slightly eldery), and had an lovely duaghter by the name of Skünkeltia.

Born some fifty-odd years before the roleplay, the stinky mustelid was born to an unknown pair of parents whom quickly split ways after he was brought into this world. He was soon left abandoned and lonely to himself, which made the Skunk man learn many things on his own, reverting to an more primal nature before he was found out by some civilian fox expeditions in the Minor Tribes Territory, where they discovered the semi-naked Skunk, foraging for food. Surely, these foxes were repulsed away from him for the first few times due to sneaking up behind him and getting stanked up, but it only took The actual Furtivo to take it upon himself and civilized the barbarian. And thus, led the Skunk to be an co-founder of the minor tribers along with Dom de la Woosh, Chima’s greatest speedor rider at the time.

Skinnet would take time to adjust and form an entire congolomerate tribe, but with guidance from the sneeky fox and flamboyant Peacock, he’d established the tribe’s formal formation documents with his paw print along with the fox and Peacock. Once after the tribe was formed months later, Skinnet began looking for women to hold an lineage of his own, wondering if the fox and Peacock have wives too. If anything, he was still getting barbaric thoughts out of his head, and if anything, he’d often kidnap numerous skunks in order to force an lineage. These events lasted for many decades to come, as rumors of today belive Skinnet had at least around 17 different women at his home as an personal harem. One of the 17, would be the only “wife” to hold an living heir, giving birth to her on 9 BR, as Skinnet had some pretty bad STD’s at the time, which killed the other 16 accidentally, even if it was coupled with dying giving birth to an new heir.

Skünkeltia is an lucky child, she is his world to him.

Adventure to the Outlands

Return from the Outlands

From having been working for Grigori in cleaning up and “blessing the damned” in Corvidholme, he’d return to the Minor Tribes Territory and soon it’s HQ Camp-town in an new home that was built for him and his daughter. From living there, Skinnet was slowly readjusting to present-day Minor Tribes life, but with some problematic issues. His past was getting back to him, and his middle-aged mind was beginning to go into an Mid-life Crisis. Surely, the rumors of his harem he owned was true, the tribe knew about this as it wasn’t hidden for long. He was getting complaints from local residents, denouncing his actions after founding the congolmerate tribe. Skünkeltia knew about this historical incident thanks to her still-living biological unnamed mother... whom she didn’t know was her mother. Luckily for Skünkeltia, she was told she was lied to by her father of being “adopted”.

During this crisis he was in, he’d been very accusatory of Traxx and the others in command of the tribe at the time. He was slowly breaking from these controversies in the past, luckily Traxx aparrently “hadn’t heard” of him at all (as to lie about it, trying to forget these past problems he had heard of). The actions of insanity he was causing was forcing him to be an completely different person. An skunk by the name of “Skau Skeffington” as to hide his true identity and flee persecution of the past controversies he’s been involved in. Luckily, he managed to save himself by fleeting into The Great Forest. 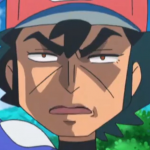