Sobek is an RPC created by Guru. He attempted to take over the Crocodile Tribe, and eventually succeeded.

As detailed by Guru:

Once a rogue, and an outlaw who would rob anyone. His ways changed, and he apparently became loyal to the Croc Tribe.

At the time of the Roleplay, during the early days of the Crawler—Ice Hunter War, a group of ravens landed their jets in the swamp. The leader of the group, Rawlin, stepped out of his jet, and Sobek introduced himself. Sobek, who'd learned about the Ice Hunters at some point, and had also heard that Rawlin wanted to ally the Ravens with both them and the Crocs, told Rawlin that they shared the same vision. Rawlin then met with King Crogar, and Sobek attempted to enter their private meeting hut multiple times, only to be pushed away by the guards each time.

Suspecting that Rawlin wouldn't achieve their shared dream alliance from the meeting, since Crogar had allied the Crocs with the Crawler Empire, Sobek openly challenged Crogar for the throne. He was told by the other crocs that he'd have to wait until after the meeting concluded.

Immediately after Rawlin's meeting with Crogar ended (on uncertain terms, as Sobek had predicted), both the Ravens and Crocodiles were attacked by a rogue group of rebel crocs. As Rawlin and Crogar fought alongside each other against the insurgent army, Sobek decided to take advantage of the situation to attack Crogar. To Sobek's dismay, he was stopped by Rawlin, who stated that overthrowing Crogar didn't interest him, even after Sobek reminded the Raven leader that they shared the same goal.

While Crogar continued to fight the rebels, Sobek was locked in combat with Rawlin, jumping into some sort of mech during their duel. Sobek's mech was destroyed, however, when Crogar's helicrocters shot at him and covered Rawlin's escape. Sobek managed to slip away while everyone else was distracted fighting the insurgent crocs.

Some time later, during the Fire—Ice War, Sobek resurfaced as the Sabertooth Tigers attacked the Croc Swamp. Sobek fought alongside his fellow crocs for the time being, but since the species hadn't yet earned fire chi, they couldn't effectively fight the Ice Hunters, and most of the crocs, including Crogar, were frozen by the supernatural invaders. Sobek managed to avoid this fate, and evacuated into the Republic of the Claw's tunnels with the other crocs who'd escaped capture.

A long time later, Sobek reappeared at the Croc Swamp with the crocs who'd been frozen. Since King Crogar had been among them (placed in Black Fang Mountain by the Sabertoothes), and the Crocs had just been rescued by Unichi during their invasion of the Outlands, it is unknown what happened to Crogar, or what Sobek did to him...

In any case, Sobek had now claimed the title of Croc King, but upon returning to the swamp with the majority of the tribe, he was met by Lyndis, who explained that, in the Crocs' absence, the Lions and Wolves now controlled the northern and southern halves of the region, respectively.

In light of this news, Sobek spoke to the new Wolf Alpha, Lobo, who'd just arrived at the swamp. Sobek reclaimed the southern half of the Croc Swamp, in exchange for starting some sort of unofficial alliance with the Wolves. Soon after moving back into the HQ, Sobek received an invitation from the Gorillas and Scorpions to join Unichi. Instead, however, he and Lobo decided to ally with the Eagles, after being persuaded to by Set-Ra.

Attack on the Phoenix

Sobek, Lobo, and Set-Ra went to Eagle Spire, where the man impersonating King Erdrik explained the plan to “legally” overthrow Fiona and reinstate Set-Ra as the Phoenix Emperor. “Erdrik” had the leaders organize their armies in air and sea vehicles, before moving out to attack the Phoenix Islands.

(Original posted by Guru on the "Croc HQ" topic.)

Gear: A long iron staff, scythe made of crocodile teeth. 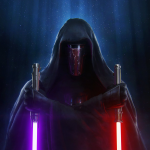